I thought it might be interesting for those who have not been on an airplane, to have a detailed description of our travel including the flight. We took our flight out of Toronto Pearson International Airport, travelling east over Montreal, then north across the Hudson Bay, over the Baffin Islands and Greenland, coming down from the north into Iceland, landing at the Reykjavik Airport for our two hour layover/stopover to Schiphol, Amsterdam.
(photos taken from the plane) 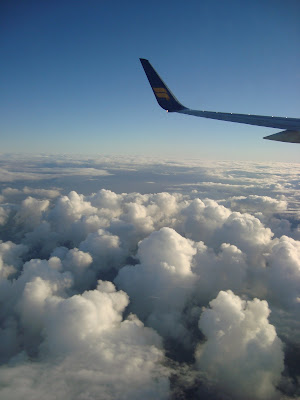 It was fascinating to see the long straight tar roads in Iceland, as well as the white buildings with brightly coloured roofs. The land appeared very barren with no trace of trees, so unlike Canada. 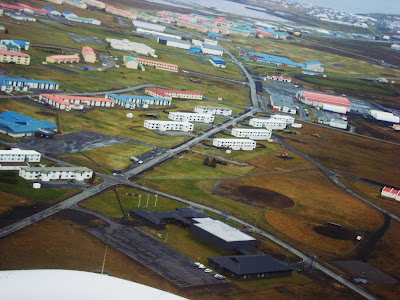 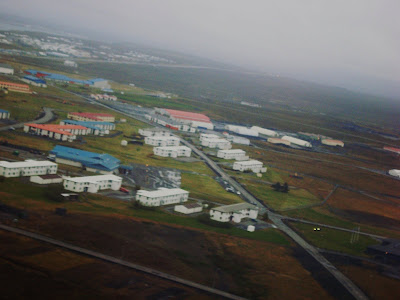 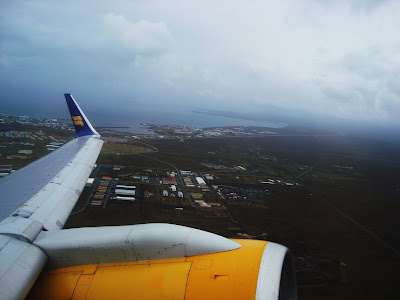 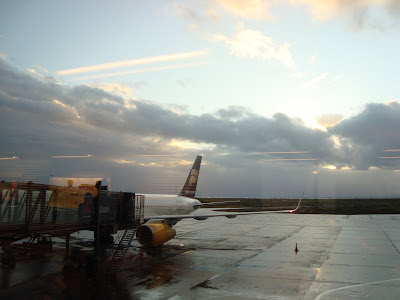 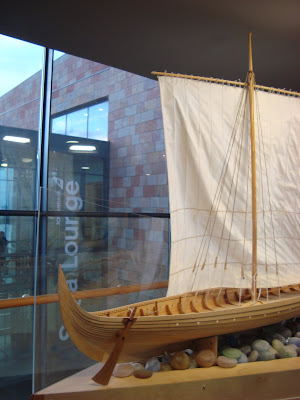 Iceland is known for its beautiful Icelandic wool sweaters 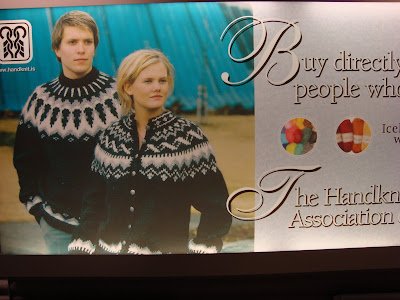 After our two hour stopover, we boarded again for Schiphol, heading into clear blue skies. I have always had a fascination and love for clouds, so it was with great appreciation that I admired the beautiful formation in the heavens...so amazing! (Psalm 148) 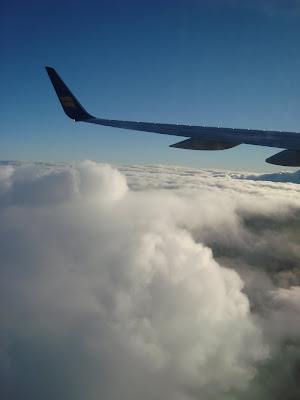 This is the bustling harbour/port as we flew over Rotterdam into Schiphol, on the outskirts of Amsterdam. Both cities are renowned for their massive shipping ports; Rotterdam's port being the largest in Europe. 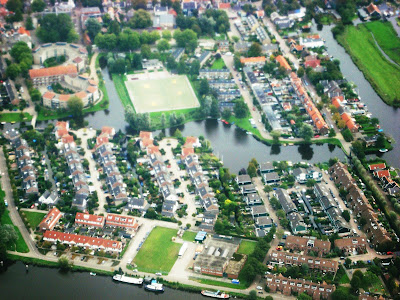 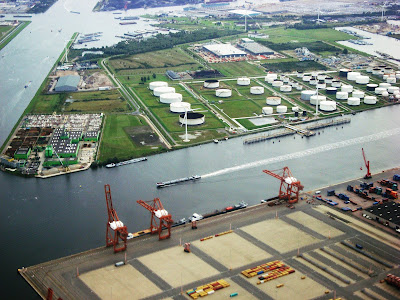 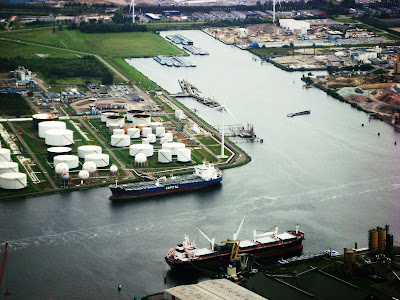 This photo is not clear, but to really see the beautiful ariel view of The Netherlands with the green landscape, the red roofs and the immaculate lay out of the land...truly a wonder! 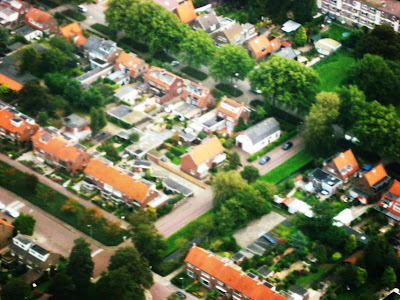 After arriving at the Schiphol Airport and retrieving our luggage, we boarded the train for our two hour trek to Lelystad, being met by our niece who helped load our luggage into her car before making the final trek to my husband's family home in The Joure, Friesland. 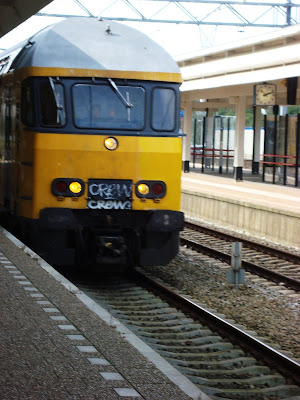 A warm welcome awaited us with enthusiastic greetings from family, gorgeous floral bouquets, and a hearty bowl of soup and buns along with a comforting cup of tea. 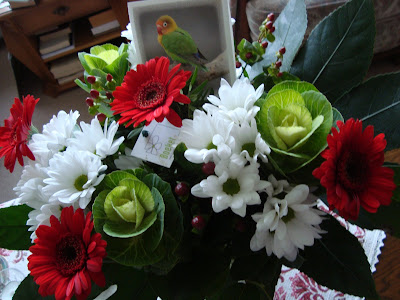 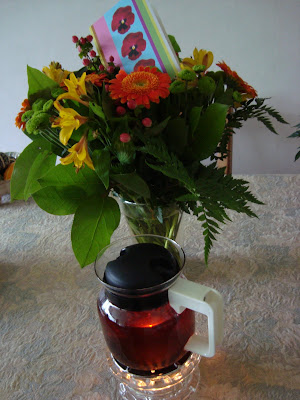 Stay tuned for more travelling adventures...
Added:
It was 26 years ago today that I married my best friend, and also 26 years ago that I first travelled to The Netherlands, to meet my new family and to visit the country of my hubby's birth, so I thought it was fitting to share this lovely bouquet with you, a surprise gift my hubby brought home from work. He is such a dear!
The middle photo is of a flower in the bouquet that comes from South America...so very unusual!(feels like plastic) 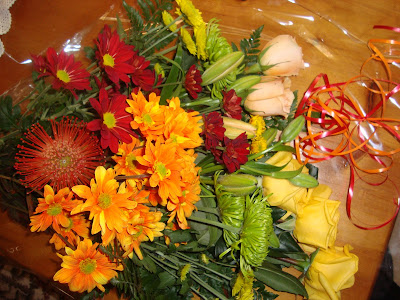 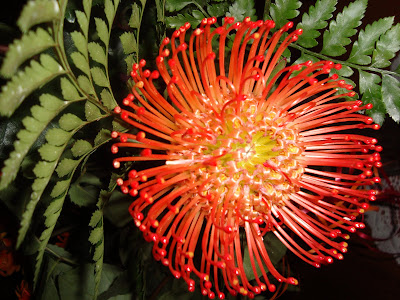 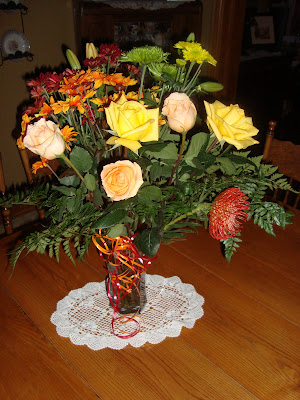