To Market We Go....Local and Fresh

We left early this morning for our local
Farmer's Market in St. Jacobs,
where we met up with friends for a quick hello
before they headed off again.
We continued on our mission to buy
local and fresh produce and to take in
the market atmosphere.
The first performer we encountered made me think of my son as he sang:
"Think I'll go out to Alberta,
Weather's good there in the fall.
I got some friends that I can go a'working for..."
~Four Strong Winds by Neil Young
The harmonica/mouth organ, along with the guitar sounded great! 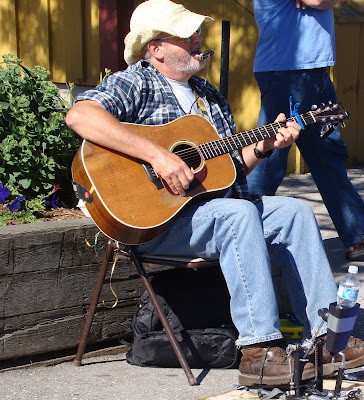 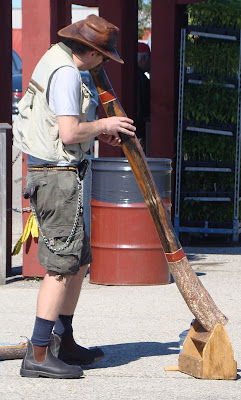 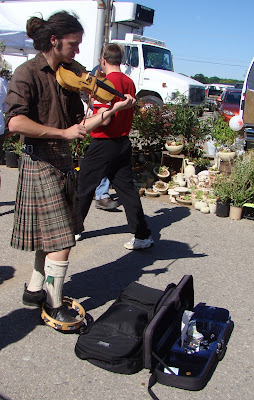 This photo was taken for my dutch husband who has really enjoyed watching
the FIFA World Cup and is of course
cheering for The Netherlands, his birth country.
KNVB stands for Koninklijke Nederlandse Voetbalbond,
or Royal Dutch Football Association.
Yes, soccer here is known as football in Europe. 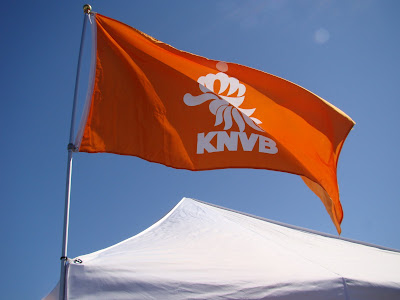 These greyhounds made me think of my time in England
as this is a popular breed there: 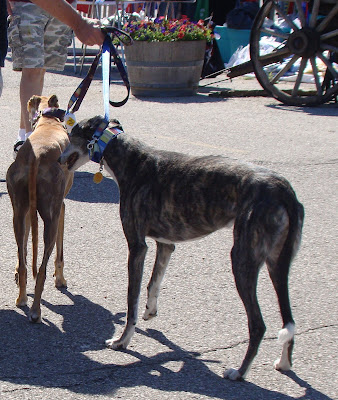 The following photos were taken for my family
who operate a fruit farm
in the Niagara Region:
DeVries Fruit Farm
I thought it would be fun to include the prices for comparison.
(click photos to enlarge) 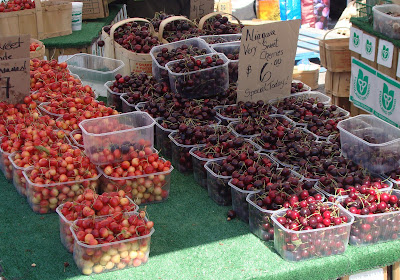 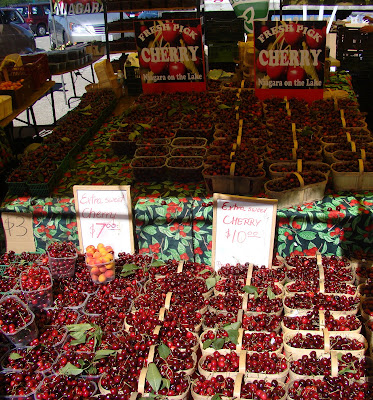 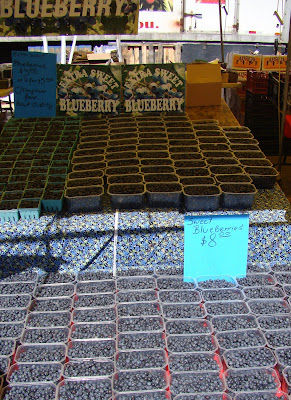 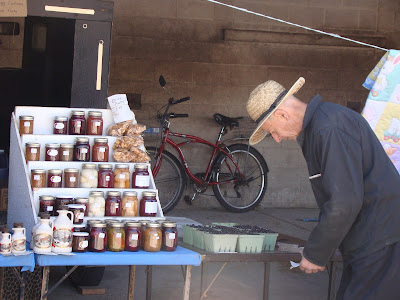 Lunch-time after the cattle auction: 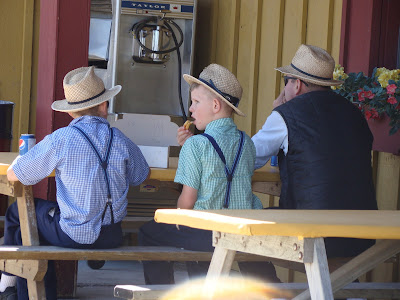 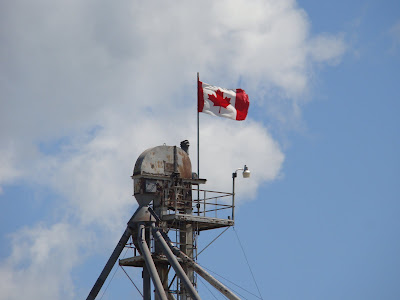 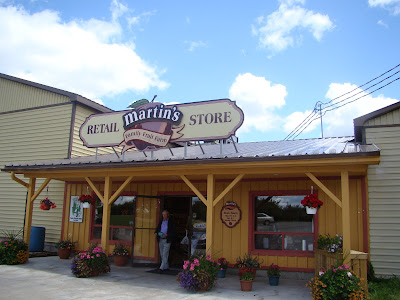 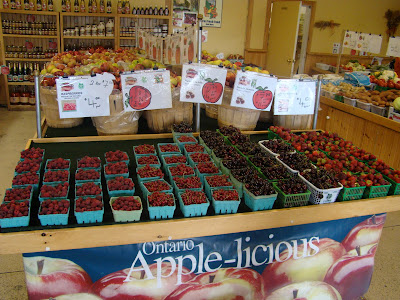 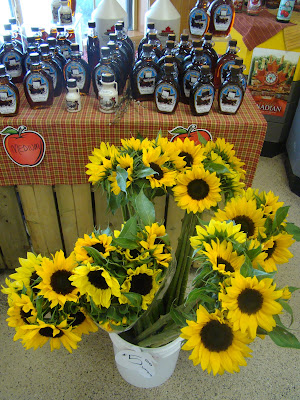 Home again after an enjoyable morning.
This is the results of our farmers market excursion.
The sunflowers were purchased at
a roadside stand for $3.00 a bunch.
They look so cheerful and happy! 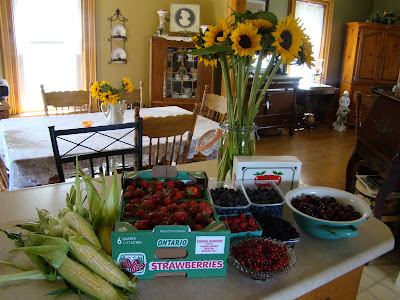 The afternoon was spent making strawberry jam, doing laundry and clean-up,
(never-ending here) then enjoying our peaches and cream corn on the cob, the first of the season, for supper, followed later in the evening by stunning
but noisy fireworks,the conclusion to our
Canada Day Celebrations!