Of Birds and Blooms

It is just after 7 am on a beautiful day here in Ontario. We have had plenty of rain over the past week, but are looking forward to drier weather as the weekend approaches. This morning as I stepped out, the birds were singing their sweet tunes, and the moon was retreating behind the trees to make way for a new day... 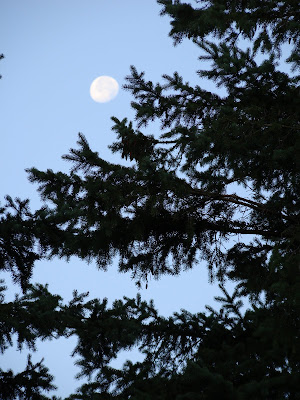 ...as the sun was making her glorious entrance in the eastern sky: 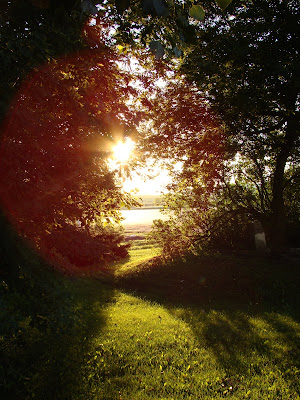 This is where much of the bird activity has taken place over the past few weeks so I thought that I would photo journal it for you. This ornamental tree has kept a secret from us, until we noticed a robin frequenting her visits here... 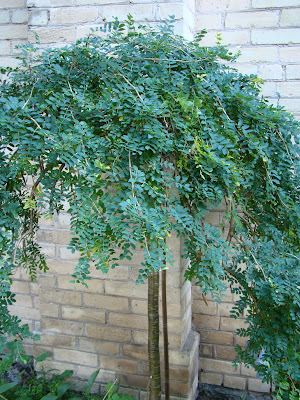 ...and we discovered this: 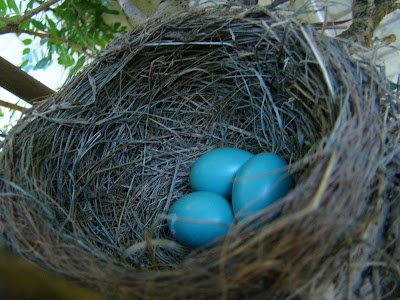 From egg to hatching is apporximately 12-14 days 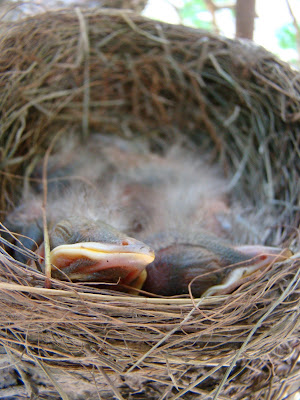 The mother robin is extremely protective of her young, so I had one of my children guard me while I took these photos...seriously! We did our best not to disturb or upset the mother, or invade her space too much, and made haste when she came nearby with her reproach. The male robin is also very protective and will dive-bomb the enemy and attack if there is a threat to the babies, so we were not going to take any chances!
He will also make sure the female robin has enough to eat and will bring her food if she doesn't leave the nest for a time. I love the image of the male and female robin working as a team toward the common goal of having healthy baby robins to nurture before they leave the nest, and even then, the father and mother robin are protective as they care for their young. 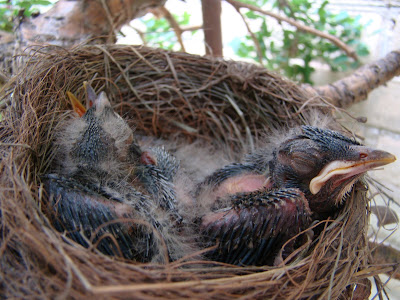 Feeding the babies is a full-time job: 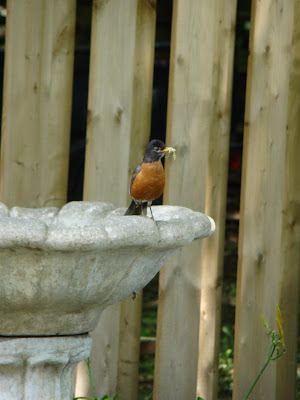 Robins may feed their babies worms, insects, spiders, moths, and some fruits: 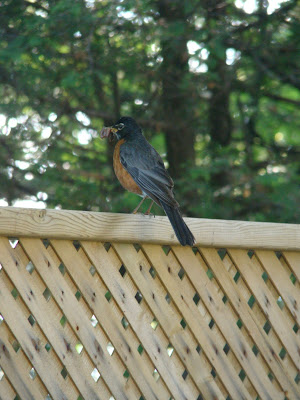 After just over three weeks of observing, one morning we peeked in the nest and it was empty. We did a quick search and heard the baby robins chirping for their mother as if lost: 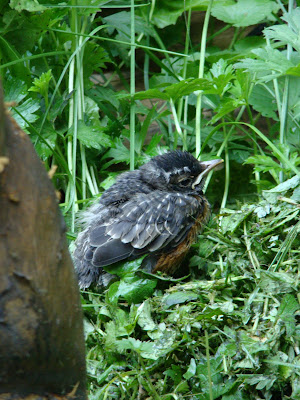 Oh, what a faithful mother she is as she has come to find and feed her little ones, who wait with eager expectation: 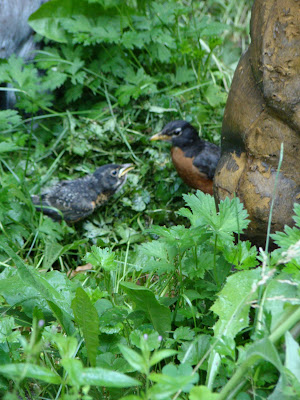 Some facts about robins:
Mating:Robins generally remain together for the breeding season, but often mate with other individuals the following year.
Nesting: It takes from two to six days to make the nest, with an average of 180 trips per day to find materials. Males sometimes help gather nesting materials but the female chooses the site and builds the nest.
Brooding: The female robin incubates her eggs for about 12 to 16 days. She sits on the eggs for 40-minute periods. Then she stands up, turns the eggs and flies off to feed or for a break. The male stands guard and sometimes sits on the eggs.

And a quick garden tour before we head out to the Farmers Market today.
The phlox are in full bloom and smell so delicately sweet: 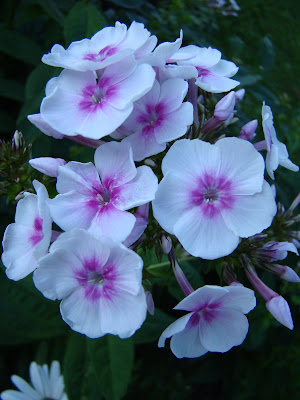 Meet the Wife of Bath, a David Austen rose that we planted as a reminder of our wonderful time in England. I brought some roses inside so that we could enjoy their lovely fragrance: 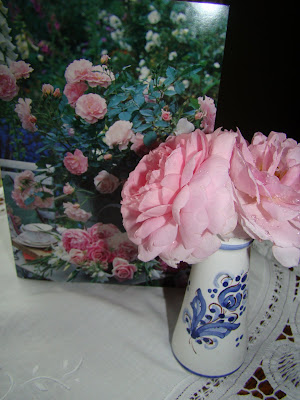 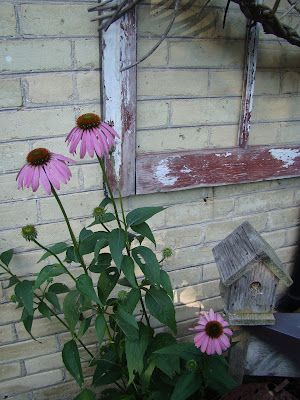 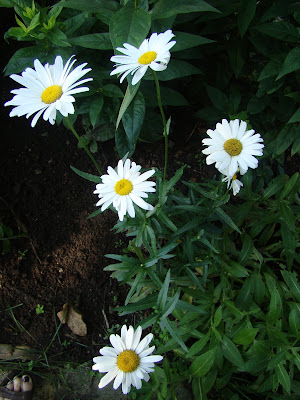 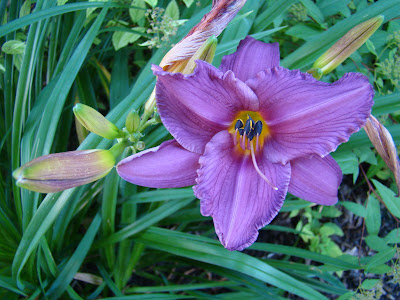 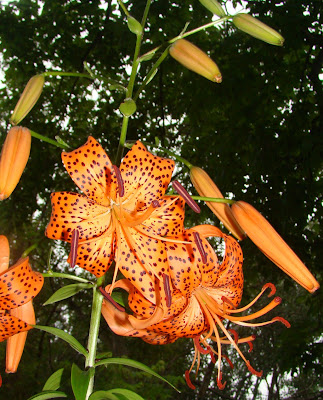 The Rose of Sharon: 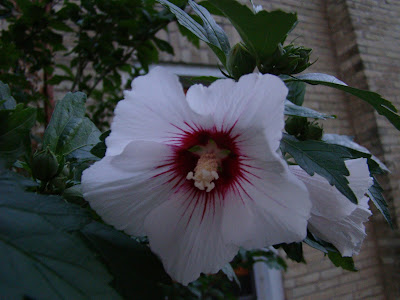 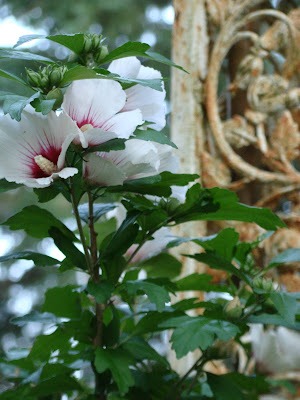