I was up early this morning to be greeted by milder temperatures, slightly overcast but with a glorious pink-hued sky on the horizon.
I wanted to get some baking in and a few loads of laundry done before we head out for the day as it is a holiday here in Canada.

Labour Day has been set aside for the first Monday in September in Canada since the 1880s, to celebrate the economic and social achievements of workers. Since the new school year generally starts right after Labour Day, families with school-age children take it as the last chance to travel before the end of summer. Other forms of celebration include picnics, barbecues, fireworks displays, water sports, and public art events. We plan to head out to a Fall Fair which I will share more about later in the week.

I did want to post a recipe as well as share this story. My oldest daughter has been coming home with produce from a friend who uses her large gardens as a means of supporting the lower income families. Because of the abundance in garden produce this year, there is a surplus, so my daughter was the grateful recipient of turnips, beets, and zucchini. Yesterday she made a wonderful borscht soup, the first of the season. I enjoyed it so much, I forgot to take a photo, but this was what it looked like, served with a dollop of sour cream along with grated cheddar cheese. (image found online)
You can read another inspirational bumper crop garden story here.

Last week she came home with this box of bananas and explained that she saw a weary mother resting with her children on the curb outside a store in the city. The mother explained in broken English that she was too tired to make the journey home again so my daughter offered to give her a ride which she gratefully accepted. When mother and children were dropped off, this box of bananas was handed over to my daughter who knew it would be an insult in their culture not to accept it with gratitude. 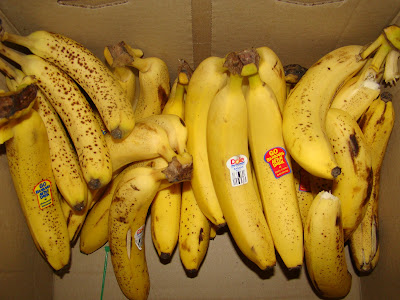 She went to work making batter for 4 dozen muffins, three of which went into this container and in the fridge for future use. (the remainder of the bananas went into the freezer) This morning as I baked a dozen muffins, I thought of my daughter, admiring her domestic abilities, her resourcefulness and above all else, her kindness to a stranger. 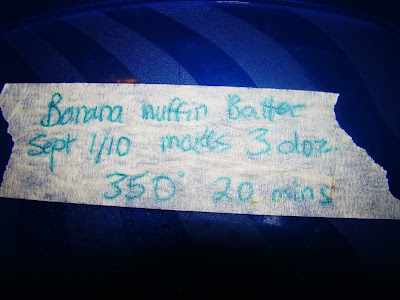 These banana muffins will be packed in our picnic lunch today: 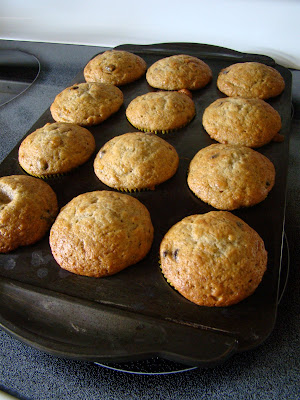